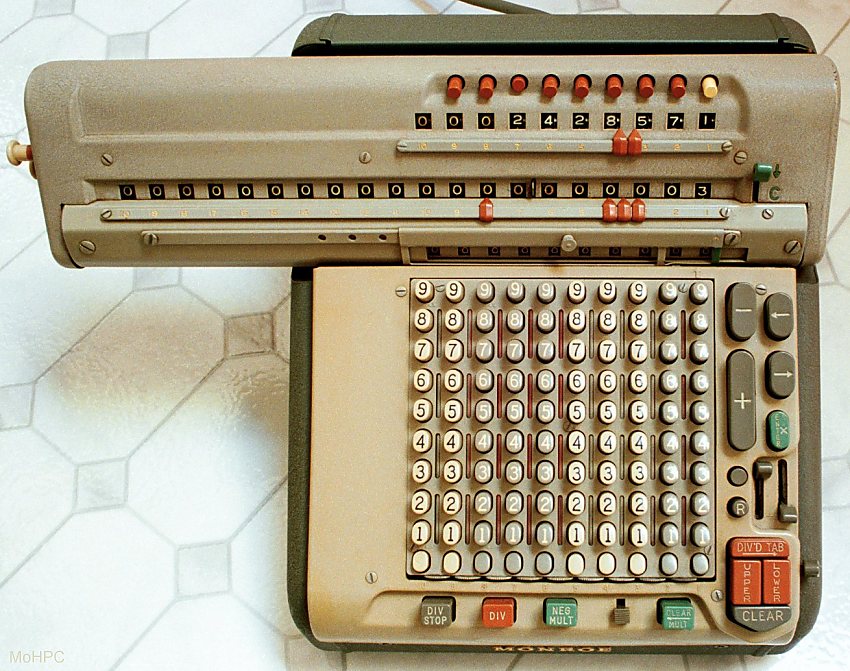 Of recent years, however, a need has arisen for an adding machine which will pick up and add the records passed on to it by a number of independent operators. Particular applications of this requirement are found in railway ticket printing and issuing, in the recording of sales in large departmental stores, and in racecourse totalisator practice.

The paper describes the development of a machine that has been built in Australia capable of meeting such requirements and of recording records received from as many as 1000 independent operators, and at speeds as high as 4000 a second. These machines are capable of both printing and issuing tickets, and at the same time recording the issue of such tickets when issued in great numbers and simultaneously by a number of selling machines.

The machines are equipped with safety gear of various kinds to prevent the issue of tickets without recording same, and generally to ensure absolutely accurate results.

It has been suggested to the writer that members might be interested in a brief description of a mechanical “adding machine,” which has been developed and built in Australia, and which differs entirely in principle and in detail from any other form of mechanical calculator.

In all the adding machines so far described, the mechanism is such that only one addition can be made at one time; in other words, the machines are not capable of allowing for the simultaneous adding of a number of different amounts. Just as with the typewriter, the adding machines have all been designed for control and operation by a single operator.

Of recent years, however, another problem has come forward to meet which it has been necessary to devise an adding machine that can add numbers transmitted to it from several operators, even if those operators all transmit their records at precisely the same instant of time. In such a case the machine has to “jump the total.”

The requirements may be made more clear by taking a particular case.

On various racecourses throughout the world the law permits the use of a machine known as the totalisator. This is primarily a system of machine betting. Tickets are sold from a number of selling booths on the horses entered for a race, and the total number of tickets sold on each of these horses, and also the grand total of all the tickets sold on the race, have to be re- corded. The ratio between the grand total of all such investments and of the total investments on any particular horse is a measure of the return which an investor on that horse will receive if the horse wins the race.

The period during which tickets are sold on any one race is usually about half an hour, and during that time the total number of tickets issued on the largest racecourse may reach 1,000,000, which involves an average speed of approximately 33,000 tickets per minute. Actually, the issue is never evenly divided over the whole of the available time, it being almost invariably slower at first and correspondingly faster at the last. Tickets of different values also are generally sold; thus the ticket of lowest value may be 10s., the next 1 pound, then 5 pounds, 10 pounds, and so on, up to even 1,000 pounds.

The machine to be installed therefore, must automatically record from instant to instant the total sales on each horse, and the grand total of all sales, and must display these figures in such a way that they may be easily legible to the public. This last requirement necessitates the use of very large counters or numerators, as the figures require to be legible from a distance of at least 200 feet.

This latter condition necessitates the use of counter wheels of large diameter, even as much as 2 feet, and as the speeds at which they are required to revolve is sometimes great, and the inertia, however lightly they may be constructed, considerable, they cannot therefore be started or stopped suddenly. Further, also, in such installations it is necessary to locate many of the ticket-selling booths at a considerable distance from the adding machine, which necessitates the use of electric power for the transmission of the records from the selling machines to the recording machine. 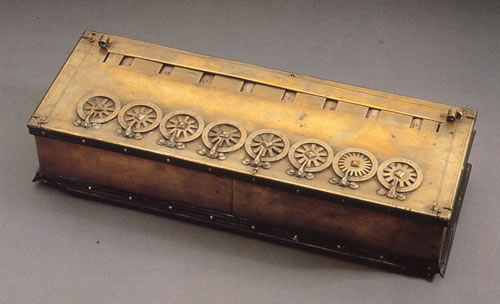 Difficulty arises but won’t stop us

Here, again, difficulties arise, as the first requirement of a totalisator is absolute accuracy, and the use of electric transmission obviously introduces a possible weakness which has to be guarded against Thus, an electric cable may break, insulation may fail, magnet coils may burn out or short or there may even be a complete interruption in the supply of electric power to the machine. A complete system of safety gear has therefore to be introduced, which will only permit of the issue of a ticket at any booth on any horse if the electric connection between that selling machine and that horse is in order, and electric power available.

This may be more briefly expressed by saying that the whole installation must be so arranged that no ticket can possibly be issued without its issue being correctly recorded and vice versa, that no “record” can be transmitted and recorded without the corresponding issue of a ticket.

One more factor also is of importance. The whole equipment has frequently to be worked at very high pressure during selling operations, and the liability of faulty operation of the ticket-selling machines is thus greatly increased. The design of these equipments has, therefore to be such as to make them as nearly ” fool proof ” as possible.

The foregoing will have made clear the very peculiar and somewhat exacting conditions that have to be met in order to ensure a successful solution of’ the problem.

The first and most essential factor is the obtaining of a mechanism which will add the records received from a number of independent operators. This has been done in two ways. The first method, which has met with a certain measure of success in small equipments, depends upon the release of a marble or steel ball whenever a ticket is issued.

These marbles are held in magazines, and as released they gravitate to one or other of a group of counters, and operate the counters by reason of their weight or through some trip mechanism. After passing through the particular horse counter, they are all elevated by conveyor to again gravitate to, and operate the grand total counter. Thus, if twenty sellers at the same instant each issue a 10s. ticket on one horse, twenty marbles are released, one from each of twenty magazines and these all gravitate to operate the horse counter.

After completing this work the twenty marbles are elevated by conveyor to then run through and operate the grand total counter. If a 1 pound ticket is sold two marbles have to be released, and similarly ten for a 5 pound ticket, and so on. There are obvious limitations to this system, but as the originator of a rival system, the writer does not feel justified in making further reference to them. The other system of “collective adding,” as it may be called, depends primarily upon the use of a group of super-imposed epicyclic gears. Such a group is shown diagrammatically in Figure 8.

A brief history of how computers enabled simulations to depict reality