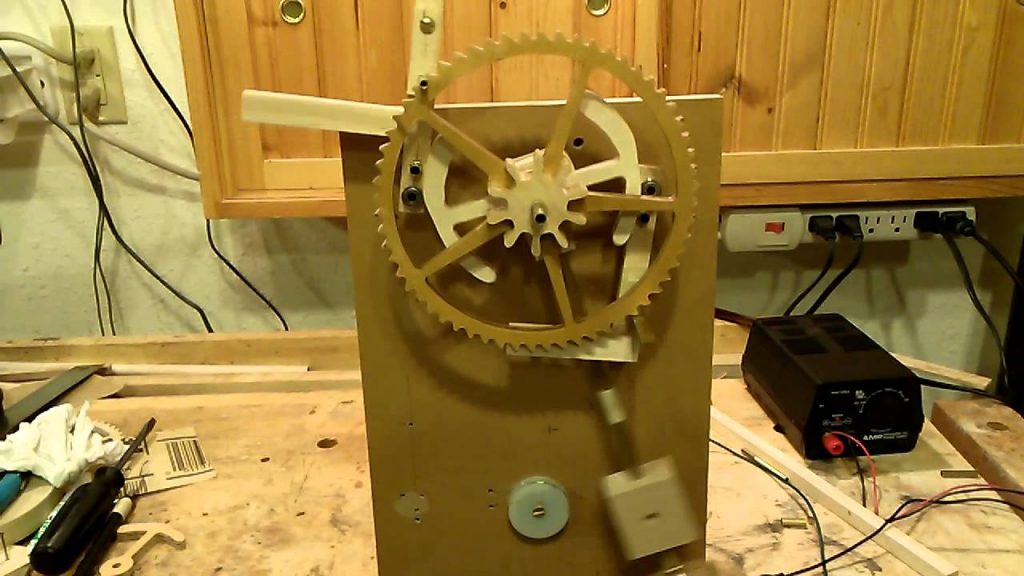 When a ticket is issued, an electrical impulse is sent through from the ticket-issuing machine, which, operating the correct escapement, allows the particular escapement wheel and the epicyclic gear attached thereto to be moved forward one tooth, the driving force being the coil spring.

In considering the application of the equipment to meet very much greater demands, it was apparent that the very large amount of gearing required under what may be called the Randwick system would be very costly both to install and to maintain. A modification of the system has therefore been developed, and may be briefly described as follows

In practice each issuing machine should be run at such a speed as will allow of the printing and issuing of tickets at the rate of 100 per minute, this being the maximum speed required. It has been found, however, that the electro-magnetic escapements can be installed to accurately pick up and record impulses at more than ten times this speed.

Efficiency at its best

The latest machines have therefore been constructed with one electro-magnetic escapement and epicyclic gear for each eight or ten ticket issuers. In this arrangement, however, allowance has to be made for the fact that the ten-ticket issuers may all issue tickets simultaneously on the same horse. Each issuing machine therefore is equipped with a device which stores up the impulse as soon as the machine starts to print a ticket, and this stored-up impulse is picked up by a distributor and passed on to the electro-magnet at a, speed that is slightly greater than the maximum speed of the issuing machines.

Thus, if the ten issuing machines simultaneously start to issue a ticket on the same horse, during the issue of these tickets, the distributor picks up the ten impulses and delivers them in sequence to the electro-magnetic escapements. In such a case the electro-magnetic escapement would make ten beats in the time occupied by a selling machine in printing and issuing one ticket.

This modification has very greatly reduced the amount of adding gear required in the machine, as in the new type four, or at most six, escapements perform the same duty as was previously performed by the forty escapements in the Randwick type of machine.

This becomes of great importance in considering large equipments. A unit has recently been built to meet the conditions of betting on the largest French racecourses. On such courses it is necessary to allow for the installation of at least 600 selling machines, and the counters may be required to record the issue of a million tickets in half an hour. 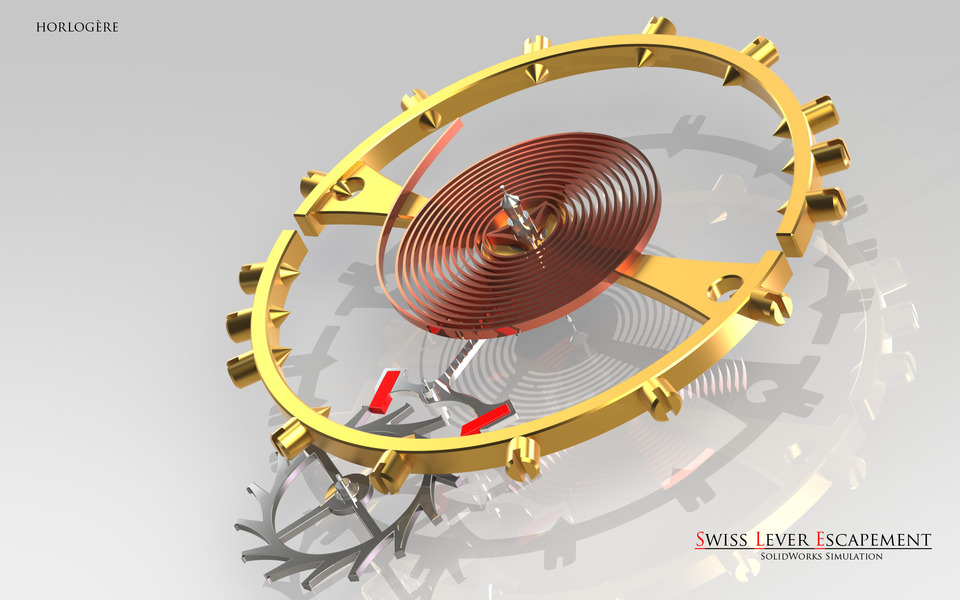 This is how it works

The unit that has been designed and built will pick up the impulses from 900 windows selling tickets of various values between 10s and 1000 pounds and will add these impulses and record them at speeds up to 250,000 a minute; that is, at a rate exceeding 4,000 per second.

Such a speed is in excess of anything that can conceivably be required, but it must be remembered that although the issue of a million tickets in half an hour calls, for an average speed of issue of approximately 33,000 a minute, yet the issue of tickets is not uniform, and double this speed may be required during any particular minute.

Where installations of this magnitude are required, it is obvious that groups of selling machines have to be installed at various points on the racecourse, as it is impossible to bring the crowd to one spot. It is essential, then, that the crowd located at one group of selling machines should be kept informed of the state of the betting all over the course.

In such cases, therefore, the impulses from the selling machines all over the course are transmitted to a central calculating equipment, this central equipment controls the operations of a number of indicators which may be located in any convenient positions, one set being placed near each group of selling machines.

The whole installation therefore would consist of 900 printing and selling machines, forty-three calculating units, and 860 indicator units , the whole system being automatically controlled and, operated by the issue of tickets from the 900 selling machines. A unit of this capacity has, as before stated, been built, and thoroughly tested, and is available here for inspection by members.

As previously mentioned, the whole installation has to be so designed as to efficiently guard against the effect of faulty manipulation or accident. Each calculating unit, therefore, is provided with gear which instantly locks all the ticket issuers connected to that unit should the electric power fail, or the driving power for the counters break down, or also should any essential belt or spring: break.

The gear that holds it all

If it were serious the “unit” would be cut out of operation, and a spare ” unit” thrown into gear in place of it. It may be mentioned, however, that in seven years experience of these machines it has never yet been found necessary to throw a calculating unit out of operation.

If you have read this far, you will probably be interested in having a look at some video clips from Andrew Keene’s excellent video of a working Julius totalisator. 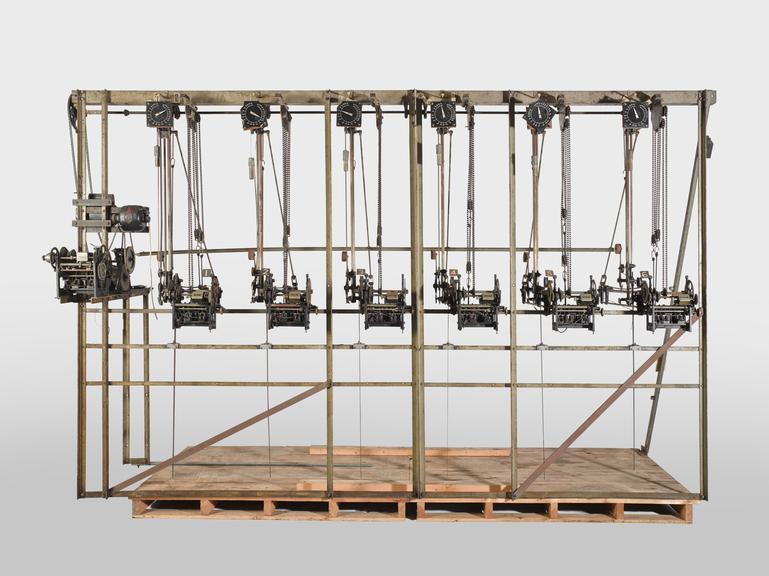 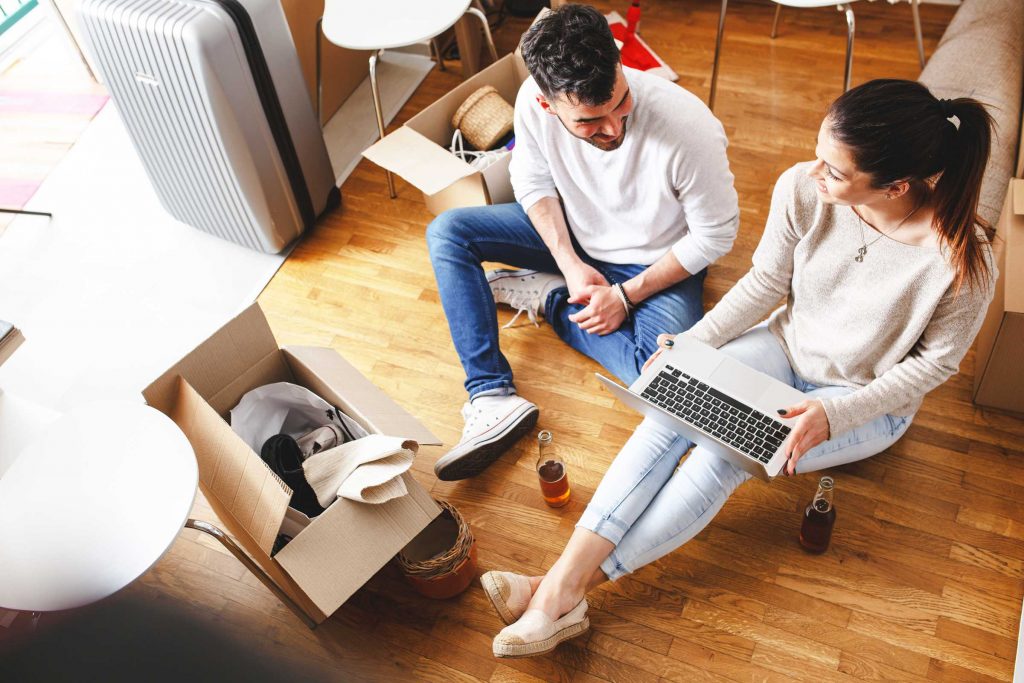 We are the most prepared and equipped on-site Computer Consultants in Los Angeles.

We are experts at high-speed connection setup and can quickly resolve DSL/Cable Modem connectivity and sharing issues. We will quickly setup your peer-to-peer network with file and printer sharing at affordable rates, deliver parts and equipment at no extra cost, and most importantly, support what we service.

Sky Computer Services is your one-stop shop for all of your printer and copier needs.

We service all of your equipment on-site, which means less downtime for your business. We will get your Printer(s), Copiers and FAX machines into excellent working condition through on-site diagnostic repairs. We troubleshoot paper jams, paper feed problems, degraded print quality, internal errors, etc.

We will keep your imaging equipment in excellent condition by performing preventative maintenances, such as thorough cleaning, inspection of common failure parts, restoration of rubber rollers, etc. Our printing services include work on enterprise models, and the stocking of maintenance and repair parts, particularly for HP products.

No matter what the Network Operating System, Linux, Unix, Windows, Apple or Novell, a senior level Sky Computer Services Network Engineer will efficiently trouble-shoot your network problems. We solve problems in hours that other techs have been unable to solve in days. Some of the common issues we regularly solve: